What is the connection between Harvey Weinstein and gender neutral toilets?

Apparently, the human brain has the ability to find a connection between the most unlikely things, given enough time. So I decided to give it a go.

Two articles in the Evening Standard independently endeavour to raise the alarm about introducing gender neutral toilets. First, Pheobe Lockhurst, under the guise of protecting children from social experiments (i.e. introducing gender neutral toilets in addition, not in place of to traditional ones!), The Evening Standard article

Second by Cerys Howell, presenting an obvious (in the author’s view) connection between introducing self-definition of gender in the new legislation and the increase of rapes by men pretending to be women The Evening Standard article

In both articles the authors express a strong view that the female toilet is the bastion of safety, and the admission of transgender individuals will open a gateway to male predatory intrusion. Nobody asks the question – why do we need to run away to feel safe in the first place? And if the former assertion is indeed true – what happens to those trans-women who are forced to go to male toilet?

“Personally, I prefer using gendered bathrooms.” Says Phoebe Lockhurst in a jolly light-hearted manner “Not simply because they smell better, though certainly my preference is instinctual, not intellectual: on this issue, I am happy to be grouped with the girls, rather than mixed up with the boys. I feel safer apart from the men: indeed, on nights out, bathrooms have been places I’ve gone to hide from some male I’d prefer to avoid.” And Cerys Howell echoes – “Many women who oppose the trans lobby are victims of rape. Some of them were raped in public toilets. Always by men.” (Men. Not trans women Cerys! )

The actual fear expressed above is of some men behaving badly, which we have to accept as “just how things are”, and have been running away from for centuries. Rather than look at how to get men behave so we can stop running, we are shutting ourselves away, condoning the status quo and possibly putting a group of people who haven’t done anything wrong, at great disadvantage.

Harvey Weinstein was able to go unpunished for his behaviour for years because the world assumed that it’s “just how things are”, and the only way for women was to put up or hide. And despite numerous complaints he lives his life virtually undisturbed.

And here comes the connection!

Both narratives trigger feelings of fear and powerlessness against socially ingrained acceptance that men are allowed to be obnoxious and ignore “NO” message.

It is because of the Weinstein’s of this world who are behaving badly by general social permission, (who also happen to piss on the toilet seat – well spotted Phoebe) we are prepared to accept it under the premise of “boys will be boys”, and since we don’t believe we can stop it……well, we just keep out of the way.
We are ready to ignore and insult the whole population of transgender people for whom gender neutral toilets are essential to live free of anxiety and fear, even though they are not the ones who are creating any danger.

What if gender neutral toilets had only cubicles, and security cameras were operating in the common open space? What if any physical assault recorded on those cameras was legislated as ipso iure sexual assault/ rape regardless of genders involved, just by virtue of the place where it is happening?
Interestingly, none of the anxious writers explored any solutions, or a possibility that gender neutral toilets full of kind and respectful men would actually safeguard the space from any untoward behaviour and ensure that any predator will be taught a lesson … and there was no male voice to come up with this chivalrous argument either.

Recently some of my counselling clients going through gender transition process expressed their concerns about voices in the media opposing introducing gender neutral toilets. Almost in parallel clients grappling with effects of sexual abuse and harassment talked about their sense of disquiet triggered by Harvey Weinstein revelations. Although there was no apparent link between the two narratives, I had a sense that they have more in common than the sense of hurt and injustice. This article was my attempt to find one, to help them see that they are not losing their minds.
I hope that anybody feeling confused or unsure “am I right to feel this way” will now be able to voice their concerns and persist is seeking clarity, in therapy or elsewhere, so that fear of abuse doesn’t come out as transphobia, and unacceptable behaviour doesn’t masquerade as “banter”.

Previous Post: « The Museum devoted to stories and memories of transgender people.
Next Post: Tips for transitioning teens » 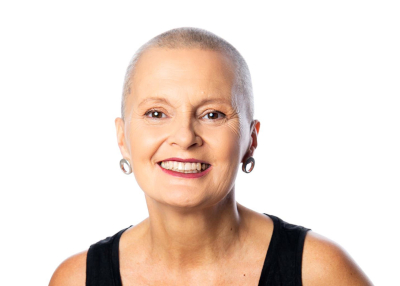